Recently I found an interesting repository on GitHub. Actually, it is not a single repository, but a whole project, created by a CAIR center for research at the University of Agder. It includes a bunch of articles and different implementations of a novel concept called Tsetlin Machine. The author claims that this approach can replace neural networks and is faster and more accurate. This work itself looks quite marginal, it’s not recent but didn’t become widely used. It is noticeable that it is alive only thanks to the enthusiasm of several people.

From public sources, I found only the overselling press release of their own university and a skeptical thread on Reddit. As rightly noted in the latter, there are quite a few red flags and imperfections in this work, including excessive self-citation, unconvincing MNIST experiments, a poorly written article that is difficult to read.

However, I still decided to spend a little time reading about this concept - to use finite automaton states with linear tactics as trainable parameters of the model. States define if signals are used in a logical clause or not. The model is trained with two types of feedback: first fights false-negative actuation of the Clause and the second, false-positive, respectively.

The author shows benchmarks of the model on a couple different tasks but pays small attention to the main problem - there is no method provided to make Tsetlin Machine truly deep. Instead, he suggests to train it layer by layer like Hinton trained a Deep Belief Network. This restriction won’t let Tsetlin Machine equal with neural networks in any area.

On the other hand, there are no theoretical limitations for the discrete feedback propagation mechanism to exist. I going to conduct some experiments with this concept, will keep you posted if something works out. 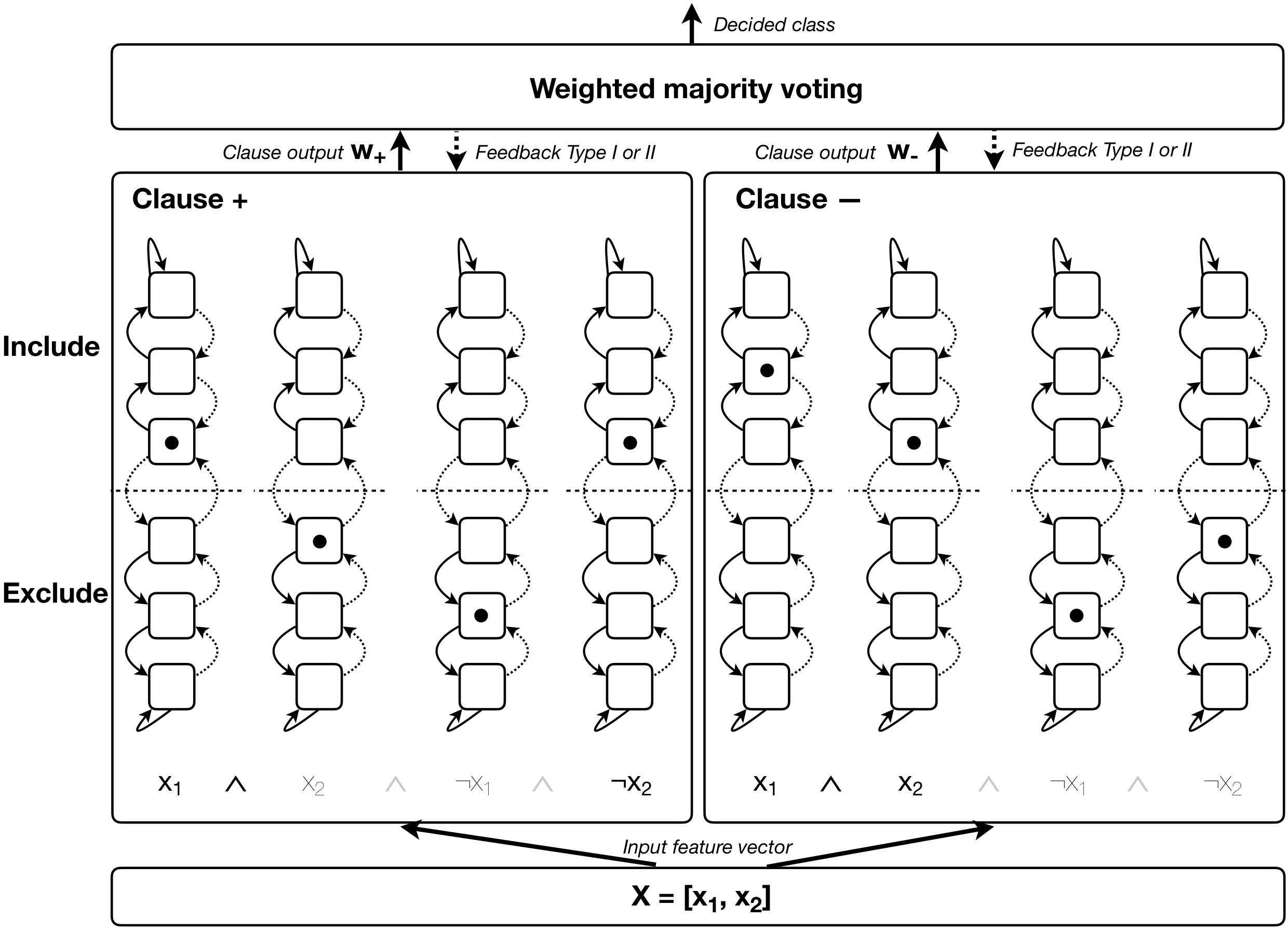